Caritas Institute of Higher Education is proud to announce the establishment of the world-first Saint Francis Prize in Techno-Humanities in September 2021, to be presented to an individual or institution in recognition of outstanding contributions to the development of technologies in the humanities for the well-being of humankind. The Prize area for 2021-2022 is Translation Technology.

The award of this Prize is closely related to the aspiration of the Techno-Humanities Research Centre of the School of Humanities and Languages of the Institute to usher in a new research orientation, pioneer into a virgin area of scholarship, and develop technologies for the humanities. We aspire to be a leading institution in the field and a world hub for techno-humanities.

The categories of the Prize are Language, Art, and Culture.

Culture includes the fields of anthropology, archaeology, architecture, business, religion, education, environment, history, law, literature, and politics.
The Prize will be awarded biennially. The category and area for the Prize for a specific year shall be decided by the Prize Committee. The Prize Committee decided that the Prize area for 2022 is Translation Technology.

The Prize is managed by the Prize Committee and the Selection Committee, supported by a Logistics Team from the School of Humanities and Languages.

The Prize Committee decides on the prize area of the year, manages matters relating to the Prize, and approves the recipient(s) recommended by the Selection Committee. 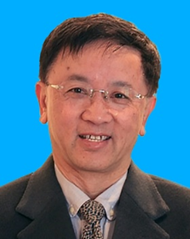 He played a key role in the establishment of the Techno-Humanities Research Centre at the School of Humanities and Languages of Caritas Institute of Higher Education in 2021 with a UGC funding of HK$3.94 million. He has conducted research projects on translation technology, the most recent ones include Creating an Automatic Football Commentary System with Image Recognition and Cantonese Voice Output (Co-Principal Investigator, with a RGC Funding of round HK$6.9 million in 2021) and VisualRecipe: An Online Visual Translation System for Chinese Cookbooks (Principal Investigator, funded in 2020 with an amount of around 2 million Hong Kong dollars by Caritas Institute of Higher Education). 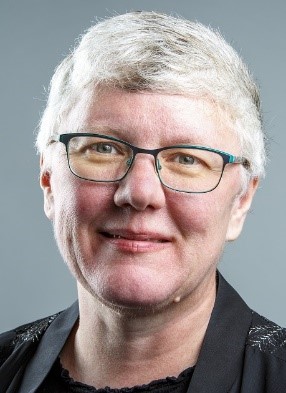 Lynne Bowker has a BA and MA in Translation from the University of Ottawa (Canada), a Master's in Computer Applications for Education from Dublin City University (Ireland), and a PhD in Language Engineering from the University of Manchester Institute of Science and Technology (United Kingdom). She taught translation and computational linguistics at Dublin City University for several years before relocating back to the University of Ottawa, where she is now a Full Professor at the School of Translation and Interpretation with a cross-appointment to the School of Information Studies. Author of more than 50 journal publications and book chapters, she has also (co-) authored and (co-)edited a number of books, including Computer-Aided Translation Technology (2002, University of Ottawa Press), Working with Specialized Language: A Practical Guide to Using Corpora (2002, Routledge), and Machine Translation and Global Research (2019, Emerald). She has held visiting scholar appointments at KU Leuven (Belgium), the University of Verona (Italy), and Jyväskylä University (Finland). In 2020, she was elected as a Fellow of the Royal Society of Canada, which is this country's national academy. In addition to her academic accomplishments, Professor Bowker is a certified translator (French to English) with the Association of Translators and Interpreters of Ontario. Funded by the Social Sciences and Humanities Research Council of Canada (SSHRC), Professor Bowker's current area of research focuses on Machine Translation Literacy and the importance of helping those outside the language professions become savvy users of translation technologies. 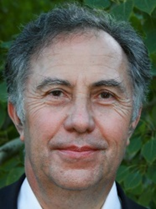 Professor Melby is an ATA-certified French-to-English translator. He worked on a machine translation project for a decade and does freelance translation and consulting in translation quality. He is a vice-president of the International Federation of Translators (FIT) and a member of the US delegation to the International Organization for Standardization, Technical Committee 37 for Terminology and Other Language Resources (ISO/TC37)

In 2007, Professor Melby received the Eugen Wüster prize awarded by Infoterm for lifetime achievement in the area of terminology. In 2003, he received the Gode Medal, which is the most prestigious award of the American Translators Association presented to an individual or institution in recognition of outstanding service to the translation and interpreting professions. 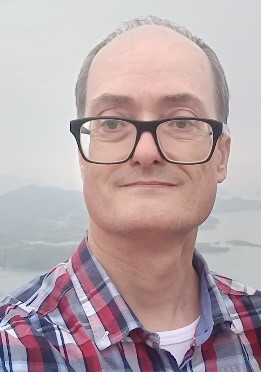 Professor Mark Shuttleworth was educated at Merton College, Oxford, where he received a First Class Honours degree in Russian and German, at the University of Birmingham, where he studied for an MA in Special Applications of Linguistics, and at the University of London, from where he obtained his PhD in translation studies.

Professor Mark Shuttleworth has been invited as a keynote speaker to translation studies conferences in Poland, China and Malaysia. He has also addressed industry conferences in the UK, Italy and Brazil on the subject of translation technology and has provided training in the same area in Spain, Italy, Portugal, Finland, Tunisia and Malaysia. In addition, he has links with universities in the UK, Norway, Brazil, Hong Kong, China, India, Malaysia, Qatar and Oman.

In September 2018 he moved to Hong Kong in order to take up a professorship at Hong Kong Baptist University. At HKBU he has been awarded funding for two research projects by the Hong Kong government and has focused his teaching on translation technology.

He is a fluent speaker of Russian, German, Polish and French and has some knowledge of a number of other languages including Cantonese and Putonghua. As and when time permits he is active as a translator.

The Prize award carries a trophy, a certificate, and a monetary award of US$15,000. The Prize recipient shall collaborate with colleagues of the host institution in research, teaching, or other academic activities.

The trophy was designed by Ms Haiji Lai, a 2021 Graduate of Higher Diploma in Design from the Department of Design, Caritas Bianchi College of Careers.

Selection of the Recipient

The Selection Committee of the Prize reviews all submitted nominations and recommends a recipient for the Prize.

Announcement of the Prize Recipient

Announcement of the recipient of the world-first Saint Francis Prize in Techno-Humanities 2022 will be made in December 2021.

The Prize-presentation Ceremony will be held on 5 January 2022 on the campus of the Institute, followed by a conference on techno-humanities.